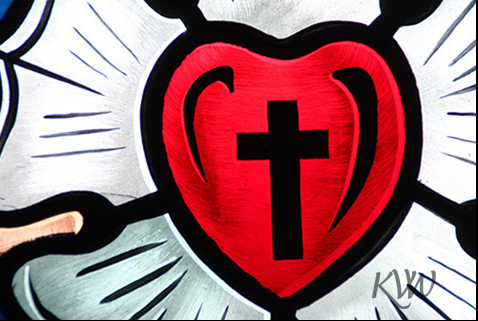 Brothers and Sisters, grace to you and peace from the Triune God.

This month’s issue of The Lutheran, a monthly publication of our denomination (the Evangelical Lutheran Church in America), is set to publish a front page cover article by Charles Austin, called “Get set for clergy retirement wave.” Upon reading the article, we thought that it would be helpful for us, two millennial future pastors (one actively in the call process, and the other on a concluding vicarage), to respond. It was an article that we found to be problematic at best, and disheartening at worst.

The article, while mostly about the numbers, has a tone to it that we are troubled by. Early on, Bishop Barrow notes that he will soon be retiring the “All-Star team” from his synod.  We are happy to note that this is likely true, because we have met many of these pastors who are in this age group, pastors and others who are great leaders. On the other hand, and while we are nearly positive that Bishop Barrow didn’t intend it this way, the comment conveys that the grief over the loss of older pastors that is not nearly equaled by any sort of enthusiasm for what younger pastors are bringing to the table. We know many friends and colleagues that are already in ministry, and they are All-Stars too, doing the hard work of transforming dying Churches, planting new ones, and nurturing faithful and healthy ones.

These are fantastic leaders: pastors, deaconesses, diaconal ministers, AIM’s, and youth workers, who are Gen-Xers and younger, that grew up in a world and a church that was more secular, more skeptical, less institutional and yet still have committed to the long and hard work of being leaders in the Church in a new era. Not only that, we are glad to say that the American Lutheran church of Christendom is dying, a church marked by “Scandinavian” jokes, cultural enclaves, Lake Wobegon stoicism, and endless conflict over any number of issues.

Eric, even as a cradle Lutheran, did his seminary work outside the ELCA, and has come to experience much of our cultural enclave as a barrier to those who are not Lutheran. His experience in a vibrant, transformative campus ministry kept him here, yet he watched as its partner synods cut funding. Emmy came to Lutheranism in college, not drawn by the smell of lefse or the wisdom of the senior pastor but by the incredible and palpable joy of young adult Lutherans who came to worship and to service with serious delight in their vocation and faith.

The writer, and Rev. Winder, an assistant to the Bishop in NW Washington, comment on grief over the loss of the wisdom and skill: “As those pastors leave the scene, some connection between congregations and synods and nearby clergy might also be lost,” Winder said. “We will lose,” she added, “the collegial relationships built up over the years.” These comments seem to convey that we do not possess the ability, and apparently need 20+ years of ministry, to build these relationships across denominations, across congregations and synods, and also with other leaders. Yet every generation of leaders has had to do this, and we have been doing this too.  We take this seriously in an age when being a Christian is no longer culturally normative, and when collaboration and innovation is of utmost importance.  We are the internet generation, after all — we have gone through adolescence and young adulthood with our friends and mentors constantly accessible by Instant Messenger, pager, text, Facebook, SnapChat.  We know just as well how to build and maintain networks where we encourage, empower, and challenge each other.

There is also this question about older clergy continuing to put off their retirement into their late 60’s and early 70’s, some of whom have the means to retire, but are active and healthy. While we certainly understand those who worry about their financial standing and the impact of a recession and slow recovery on their ability to retire, the article makes clear that there are some who can, but choose not to, retire. What we would ask is this: at what point is their wisdom in moving aside and creating space and opportunities for new clergy to have sustainable calls even if you are fully able to continue? Jewish Rabbinical thought bears the idea of the Tzimtzum, which is the idea that God had to remove Godself to create space for creation of something new. What if instead of holding on to calls simply because “one can,” that retirement would be viewed as an opportunity to be mentors and teachers to first-call pastors, seminarians, and candidates for ordination. We as a Church have sought to think about “first-call” health and education, maybe we need to think about “healthy” retirement and providing opportunities for retired clergy to step aside, but still be valued and expected to contribute to those just beginning their work in Word, Sacrament, and Service.

Beyond that, age is never an indicator of wisdom or skill, as the recent Nobel Peace prize winner, Malala Yousafzai, has shown so clearly. What has shown wisdom, skill, and respect is that many of these older pastors have sought to be our  supervisors, mentors, and colleagues, hoping to convey their wisdom and friendship to those of us just beginning this journey. This is not a death of some special generation of pastors and the emergence of a newer, greater one, but is yet the beautiful turnover and transition from generation to generation. We are proud to call these people our friends and colleagues, and are filled with joy to be carrying on the ministry that they have carried these years.  As a friend of ours (another millennial pastor) wrote:

“As a new clergy who was born post-merger, the tone gave an impression that my role in ministry is not substantial because I have not developed 20+ years of relationships yet. It carried an air of ‘bemoaning.’ The questions it raised for me, as said post-merger pastor, is how do clergy learn from each other, celebrating ministry through generations? What gifts will soon have room to flourish now that a generation is retiring and there will be room for a new one (especially since the teaching techniques in the seminaries was very different for each group)? Where is the hope amidst the statistics that promote fear?”

There is also this question of institutional memory — that it is problematic that our “young pastors” do not possess it.  We would argue that this lack of institutional knowledge is actually a thing of beauty, because we do not remember an era of Churches that were marked primarily in difference by their immigrant heritage and polity.   We were born in 1988 and 1985, respectively.  We did not come to know the ELCA as a merger denomination but as our home. We have the gift and the challenge of being able to discover the beautiful pieces of our heritage (a heritage, we would note, that has 500 years of institutional memory) and carry them forward, while being able to leave behind some of the pieces that have been problematic in the aftermath of the creation of our beautiful and cantankerous Church.  We want to carry the theological and reforming memory of our church forward, but are more ambivalent about the memory of an institution that might not be helpful.

We had already been discussing this issue privately, calling it (sarcastically) “The Nadia Problem”.  We have witnessed the rise and popularity, and celebrated the work of Nadia Bolz-Weber, but we also have an issue with it.  Not because of anything she has said or done, or because she is tattooed, crass-mouthed, or too progressive or too orthodox, but because she does not represent the actual ELCA.  She has been raised up and celebrated as a voice, particularly before our youth and young adults, as “a new way of doing church,” putting the “evangelical” in “Evangelical”, and so on.  Then we send kids home from Youth Gatherings and college weekends and seminary visits to places where church continues in much the same way it always has.  We love that Pastor Nadia speaks of a church without committees, where anyone is invited to help craft their celebration of Lent and Holy Week — but most of our churches are still maintained and guided by specific people and rigid time commitments.  Pastor Nadia offers up the voices of her LGBTQ members in a compelling and moving video about their experiences in church, while a good part of the ELCA is still wrestling with “the 2009 vote”.  “The Nadia Problem” is that she is being promoted as an example without churchwide acknowledgement that she is actually an exception, and that the Spirit-led and community-based construction of House for All Sinners and Saints has not even begun to move into the churches now fretting about the loss of their “All-Star Team.”

Our concern, which again is brought up by this article, is that because Nadia has become an example, it allows the institution to use her image and ministry while still largely continuing on its own path, rife with institutional anxiety and attitudes of scarcity, and bemoaning the loss of a generation of institutional pastors.  We continue to produce leaders equipped to explain what it means to be Lutheran (using our institutional memory), when what the world hungers for is a real and meaningful experience of a God worthy of worship and service. What we pray and yearn for is not an institution with one Nadia as an example, but a transformational generation of leaders of all ages that are able to cope and proclaim the Gospel as well as she has.

Instead of concerns about retirements, systems of scarcity and anxiety, and what feels like bemoaning the loss of a “golden age,” we ought to foster language and leadership systems that value the outsider perspectives of young leaders while also valuing the importance and continued relevance of those who have gone before us, as we try to navigate our Lutheran identity in this strange, new world.

We think, in the end, that this article could have done much a better job at showing the collegiality between generations of leaders, the hope of new leadership, and creative ideas for the contributions of retiring clergy. Young leaders are of great value to our church, particularly because of the rapid rate of cultural change that has occurred since the birth of the ELCA. The innovative ideas that young leaders (both ordained and lay) can bring to our worship, programs, structure, and congregational life should be celebrated as greatly as the gifts of the “older generation” whose retirement is impending.

And instead of bemoaning the loss of older clergy, we might pair those nearing retirement with those entering first call (something Eric had the joy of experiencing in a form in SE Michigan). Let’s create spaces of interaction and value the voices of those under 35 in a way that is not patronizing, nor is naïve, but values their outlook on ministry and innovation. And let’s not just cast off retiring clergy, but value their ministry and wisdom in real and tangible ways. Instead of the dangerous nostalgia that can be found lurking across our church, we should be focused on the hard work of faithfulness to the Gospel regardless of age or experience, and be attentive to the movement of the Holy Spirit in this era of the church, and this formulation of the Lutheran tribe.

Here we stand, we can do no other,