My faith makes space for this.

I wish it didn’t.

I was seventeen, fresh out of the closet and out of the Assemblies of God, when the problem of unjust suffering was first proposed to me. Our AP Humanities teacher, Ms. Dahlin, had no qualms about running junior and senior high school minds right into the tangle of theodicy, the question that has plagued humanity since we have record of its consciousness:

Why do good people suffer and die?

In two thousand years of Christian tradition we’ve dragged this question every way it can go. Sometimes we have joined in the scoffs of Job’s friends, arguing through smirks and self-congratulation that the wicked always get what is coming to them and, thus, the suffering before us must be justified; a good God is in control, isn’t He? We refused to compromise God’s goodness or power, and the only thing left to reject was the existence of unjust suffering. It had to have a reason. Thus did the three men murmur, as if “the wages of your own sin” was any comfort to the man so righteous that there was no one like him on the earth; this did God rage against, finally appearing in a blaze of wind and thunder to exact judgment on such platitudes: “you have not spoken of me rightly, as my servant Job has.” God threw out this verdict millennia ago, yet I still see it handed down from men (almost always men) who assess our suffering and diagnose it sin’s payout. I see that judgment still meted out most heavily on the shoulders who suffer the most unjustly; I have watched the layers of shame and self-destruction build on the foundation that only explanation is our own transgression. I beware building my house on that stone.

Sometimes we have pointed back, beyond the centuries that came before us, to the stain of sin that touches us all. Our corrupted humanity, our total depravity, sent such shockwaves through creation that not only did we sin against each other but our very cells and soil turned against us too. We had such power that when Eve (always Eve)’s teeth first broke that apple skin the whole cosmos crumbled, and now the world still groans in labor pains, waiting for our adoption as God’s children, our deliverance from the end we-as-all-mankind have so justly deserved. Though the second Adam had come to free us from death, it would not be on this side of the veil; we would all still suffer and die, but be risen in some day to come. Here, conveniently, the diagnosis was also the cure: the only deliverance could be found in Christ Jesus, and often specifically in a way of life that accepted suffering as either (or both) inevitable and God-given for instruction, and required one’s bowed head before the man (almost always the man) who led the church.

Some, often found in the process theology field, describe a world originating out of chaos, a creation with destruction knit into it from the first. Earth was not born out of nothingness, but out of a pre-existing mess; Genesis 1:1, better translated from the original Hebrew, was not a declaration of sudden existence where there was only vacuum, but rather that “when God began to create the heavens and the earth, the earth was formless and void…”. Out of that void God pulled muck and mud, hydrogen and carbon, and built bodies that could breathe and move but never escape the nature of their built-in half-life. We were doomed to die from the first, even before we were we, but there was still so much beauty in the living, wasn’t there? Yet I have seen how the cracks in carbon-based theology can turn to earthquakes in the soul when we are desperate for certainty. Not everyone wants a physicist to speak at their funeral.

I don’t have an answer to the question. Seventeen years ago the first row was cut in the ditch that became my wide theology, my conviction to make as much space as I could for the realities of the world and see where the waters of God would rain down and make something new grow. I’ve long had space for unjust suffering, early death, cancer in good people, presidencies in bad.

I don’t have an answer to the question – not one I hand out like a tract at a bus corner. I suppose if there was an airtight answer, we wouldn’t even notice the question. We’d accept it the easy way we accept addition. Instead, we take it the way we take water: for most of the people you’ll meet today, you turn the tap and out it comes, and we wonder little at the history that created indoor plumbing or the infrastructure that supports it. Those who question its existence, who taste it and wince or dip in a pH strip and shudder — those voices are inconvenient, or elsewhere, or poor and black, and we can forget them as soon as we can Marie Kondo our “Don’t Forget Flint” T-shirts.

This is how the answers taste to me, today: like something is wrong in the water.

Because nothing is a satisfactory answer to the hole in my heart that was Rachel. 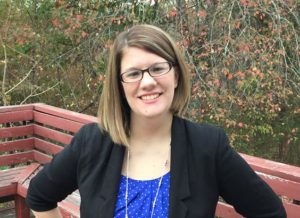 My faith makes space for her death. I wish it didn’t. I want an explanation, dammit. I want reasons, I want something neat and packaged and palatable, I want my faith stuffed back into the box I was cracked out of too early by smart teachers and a sick and suffering parent. I want something I can cross-stitch and wrap up and throw a glittery bow on to say: Here it is, the solution to everything.

I just want Rachel back.

And I don’t get either of those, and my faith makes space for that, and I wish it didn’t.

My faith never promised to be a talisman against evil. Neither right belief nor right action has saved anyone in human history from death – including Jesus, and to the best of my knowledge he was relatively close on both. My tradition says he had a pretty good idea of who God was and how humanity should act, and still suffering and death took him. It didn’t stick, of course, but it still left scars. Even God couldn’t get out of dying.

Barely twenty-four hours after Rachel died, I baptized a baby girl. She was decked in a white satin dress, her mama cradling her, her cousins standing beside the font and trying to remember the words to the Apostles’ Creed. I baptized her, joyous and grieving and furious, brokenhearted and hopeful and biting back screams at God for not turning our tap water into the river Styx into which I could dunk this child and spare her from every pain forever.

On my best days, I believe it.

On my worst days, I am desperate for it.

These are both those days.

I don’t know why we die, any of us. I don’t know why Rachel died, especially. I know the medical reasons, and I know what better theologians than I have said. But all I have to offer, from the broken well of myself and the faith I have come to know and teach, is the water. Not the soured water of a fallen humanity and a broken creation, where sin is so rife that we shut our hearts to the cries of thirsty children. Not the crystal water of our Minneapolis taps, in which we baptize our babies and scrub our faces and rinse our vegetables without worry. Not even the rain gently coaxing our lazy daffodils from the dirt, or the pounding of the Mississippi over the Saint Anthony Falls, or even the tears on mine and so many others’ faces.

All I have is the water of baptism.

All I have is that cross I mark on foreheads, the cool water dripping from my fingers now, the whisper that just as we have been buried in a death like his, we too will be united in a resurrection like his.

All I have is that stupid and foolish promise into which I throw myself like Peter giving up fishing and front-crawling back to shore. That dirt-kicking, screaming-at-the-sky demanding it be real promise. I need that stupid water, that wide wave that crests over time and place, that smoothly seams from this shore where I stand cursing the cold of an empty place where Rachel used to be, all the way to the other shore where I know she has been greeted with the everlasting invitation: Well done, good and faithful servant.

That’s all I have, and it’s not enough, and it’s everything.

7 thoughts on “My faith makes space for this. I wish it didn’t.”